Getting your pet into another country isn’t always easy. In many cases, there are strict guidelines for animal travel, including several requirements that must be adhered to, if an animal is to be admitted. Here are some of the most difficult countries to get your pet into, and their specific restrictions.

(PLEASE NOTE that there may be variations between the guidelines for cats, dogs, and other animals).

The strict guidelines associated with animal travel in Australia are enforced due to biosecurity risks. In order to maintain the high standard of health for cats and dogs, the Australian government requires a quarantine period for a minimum of 10 days, and a maximum of 30 days. Additional guidelines include:

New Zealand is one of the most notoriously difficult countries in which to transfer your pets. Although cats and dogs are permitted from various countries around the world, birds are generally not permitted. The additional guidelines for animal travel include:

Though not as rigorous as some of the travel guidelines for Australia or New Zealand, the U.K. can still present a challenge for animal transport, especially in terms of their biosecurity protocol. All requirements must be observed at least four months prior to departure. These guidelines include:

All pets are subject to the conditions of travel into the United Arab Emirates, including service animals. Nearly all pets, including birds, rabbits, ferrets, fish, and turtles, are permitted in the U.A.E., if they are accompanied by the proper documentation. Additional guidelines include:

(PLEASE NOTE that certain breeds of dogs, such as Pit Bulls, are banned by the U.A.E.)

South Africa observes many of the same permits and requirements of other countries with strict regulations for pets. Some of the additional blood tests, including Leishmania, will apply only to dogs. No quarantine process is required for pets coming from the U.S. Additional requirements include:

Despite the strict list of requirements Hong Kong enforces for pet travel, it does permit entry to several varieties of birds, rodents, and amphibians. Each animal requires a different type of permit, depending on the animal and their country of origin. Some breeds of dogs (e.g. Pit Bulls) are not permitted. The additional travel requirements include:

The country of origin will have a large impact on the overall travel procedure to Singapore. Be advised that nearly all pets will be subject to quarantine procedures and preparations completed several weeks ahead of departure. The additional requirements for animal travel include:

(PLEASE NOTE, different vaccinations will apply to cats and dogs)

Requirements are subject to change without notice. The information that is summarised herein is general in nature. It does not take into account your specific circumstances and should not be acted on without full understanding of your current situation and future goals and objectives by a fully qualified pet transportation advisor.

Worldwide Animal Travel, Div of MID Forwarding LTD accepts no liability for any loss or damage howsoever arising out of the use of this website or reliance on the content of this website. 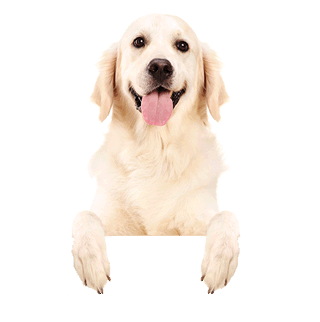