Pets On A Plane: The Problem With Smuggling Animals Onboard 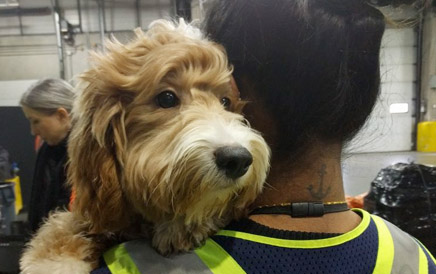 Stories about people illegally bringing their animals into other countries have been popping up in the news quite frequently over the last few years. After a recent story emerged about a woman who was trying to bring her cat in her bag while travelling from Vancouver to New Zealand I decided it was important to explain why this kind of practice is dangerous for both passengers and pets. Firstly, every country has their own rules and regulations when it comes to importing animals. Some countries require travelling animals to stay in quarantine for a period of time, while some may require that an animal receives specific shots before crossing their borders. Countries are broken down into three categories: Rabies-Free Countries, Rabies-Controlled Countries and High-Rabies Countries. I have been working in this industry long enough to know the rules and regulations regarding animal travel between these groups of countries, whereas an average pet owner may not possess such knowledge. When Johnny Depp and Amber Heard brought their two terriers to Australia, authorities stepped in and were almost forced to put the dogs down as a result of their illegal entrance into the country. While extreme, this reaction is due to the fact that these animals could have been carrying diseases and bacteria that could pose a threat to Australia’s ecosystem. After a lengthy legal battle, the dogs were able to return home, but that might not always be the case for an average non-celebrity. Another major reason you should never smuggle a pet onboard is out of respect for the other passengers on your flight. While your pup is sitting in your carry on, your seatmate could be seriously allergic to animal hair. Moreover, not everyone is an animal lover, and thus having an unexpected strange animal onboard could trigger one’s phobia. Flying can make people nervous, so adding to that pre-existing anxiety probably isn’t a good idea. I can’t say I would’ve enjoyed being on the flight where an iguana was let loose. More than anything, as a pet owner, it’s important to think of the comfort and safety of your pet. Smuggling your animals away in a tight carry on would be incredibly uncomfortable and unsettling to them. Just think of how you would feel if you were stuck in a tiny bag for an entire flight. Always make travel arrangements for your pets. While some airlines will make exceptions for carrying small animals onboard within the same rabies-controlled countries, it’s important to do your research beforehand. Trying to hide your animals on a plane can only cause problems for yourself, other passengers and most importantly, your pet.